In 2017, Space Squirrel has more than doubled in team size, we’ve rolled out a new app, done a ton of new features on our existing apps, and the two of us founders have finally come on board full-time.

Hello friends. It’s close to two and a half years since we’ve published our first Shopify app, but let’s recap the eventful year that was 2017: Space Squirrel has grown in team size, we’ve rolled out a new app, started a new one, developed a ton of features, and the two of us founders have slowed down our nomadic lifestyle and stopped our agency work in favor of steering this spaceship full-time.

This year we’ve added and perfected a ton of new features on Covet.pics, which is forming into a power-app with infinite use possibilities. Crush.pics has become a household image optimization name and a powerful SEO tool with the new file rename feature, while Price Beater and Checkout Share went through a little UI facelift.

We’ve partnered up with brilliant agencies and continue to keep our ears open for user feedback. Our partners can now keep track of their installs in the brand new Partner Dashboard.

In September we were trusted by the Shopify Apps team to develop a successor Bulk Discounts app in time for Black Friday/Cyber Monday and before they retire their native app. We’ve grandfathered all of their original users and kept the app’s usage price low.

Space Squirrel trio has become a quintet. Last Spring we welcomed aboard Tom, who is our brilliant Customer Success Manager and video editor, as well the friendly voice you hear in all our tutorials. By the end of the year we’ve hired two talented freelance developers who we’re happy to welcome on board full-time this year as well. Rony and Ilya have taken a big chunk of work in their hands and our sixth app is now deep in production, with our whole team excitedly working on it.

Days before moving our operations to London, we've joined a couple of Statement's brilliant Shopify meetups, only to confirm that eCommerce is well and flourishing in the North. Here in the South, Dom and I are using the convenience of a big city to attend as many Shopify and eCommerce events as possible. We’ve met some of our merchants in person, and are consistently floored by the impressive amalgam of a brick-and-mortar + Shopify stores London merchants often run.

Shopify has continued not only to democratize eCommerce, but also celebrate the businesses all over the world based on their platform. This included a humbling shout-out to Space Squirrel at Unite 2017 in April in San Francisco. Unite is Shopify’s biggest international conference bringing together thousands of partners and Shopifolk, as we love to call our platform hosts. At the very opening Keynote, Shopify COO Harley Finkelstein has featured Space Squirrel on the big screen, sang our praises for what I recall an eternity and married us in the process, as we were happy to joke afterwards. You can see the keynote and Unite panels here:

Shopify leads talked about everything Shopify teams and us partners built for their merchants and the upward spiral this continues to form. We were honored to be mentioned among great success stories but the real fun started soon after when Shopify’s different team leads came onstage one by one to roll out a mass of new features for us app developers. We've returned to England with heads full of ideas brewing under that California tan.

September brought ADWS to Birmingham, a welcome mini-conference where local Shopify professionals converge (here "local" being European). We went there with a carry-on full of Space Squirrel tote bags and notebooks and returned with an equal amount of swag, business cards and hangovers to tend.

Melbourne ADWS got even more exciting for our team because our very own Tom Finn held one of the lightning talks, from his own expertise called "Lessons from the Support Line: How a 5-Star App Dev Does It".

All of these milestones make us hopeful for the future of eCommerce and Space Squirrel’s place in it. If you'd like to partner with us this is a good time to come on board. We are also looking to expand our team with a marketing team, and if you’re up for the challenge do not hesitate to apply. 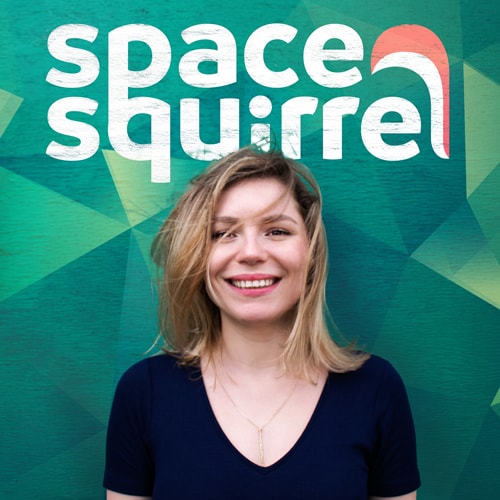 Durdica Selec, Djuro

Djuro is the head designer and a co-founder of Space Squirrel. She has been a designer-slash-illustrator in the web sphere for over 11 years now. Always curious to understand and ready to perfect, she won't hesitate to try out different tools and keep her skills up to date. The same hunger drives her globetrotting lifestyle and a multitude of hobbies.
more posts in this category
Company 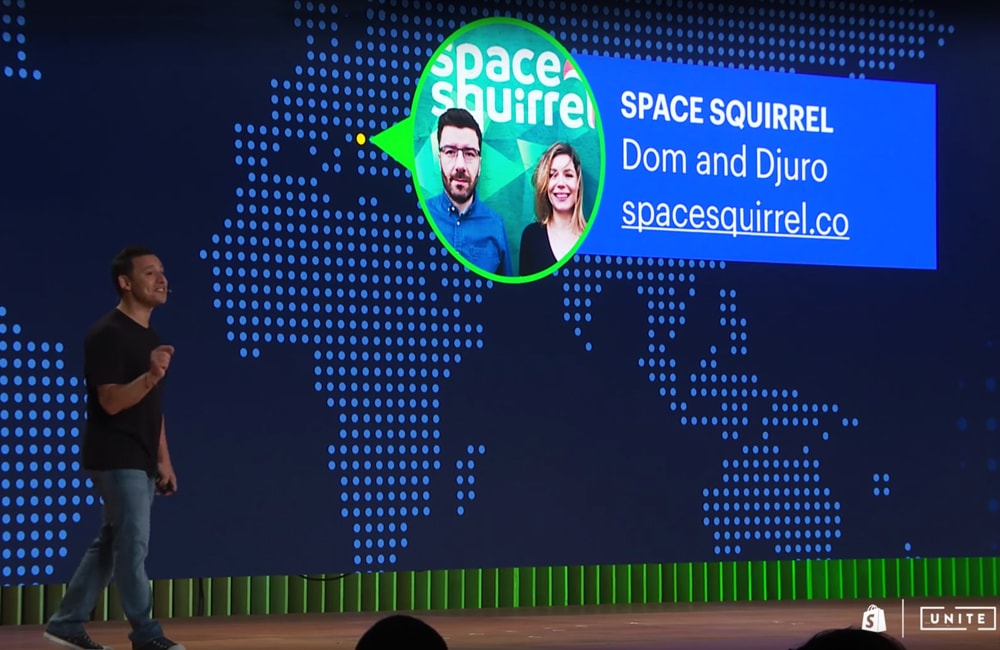 Space Squirrel + Shopify: Yearbook Two
In 2017, Space Squirrel has more than doubled in team size, we’ve rolled out a new app, done a ton of new features on our existing apps, and the two of us founders have finally come on board full-time.
Company 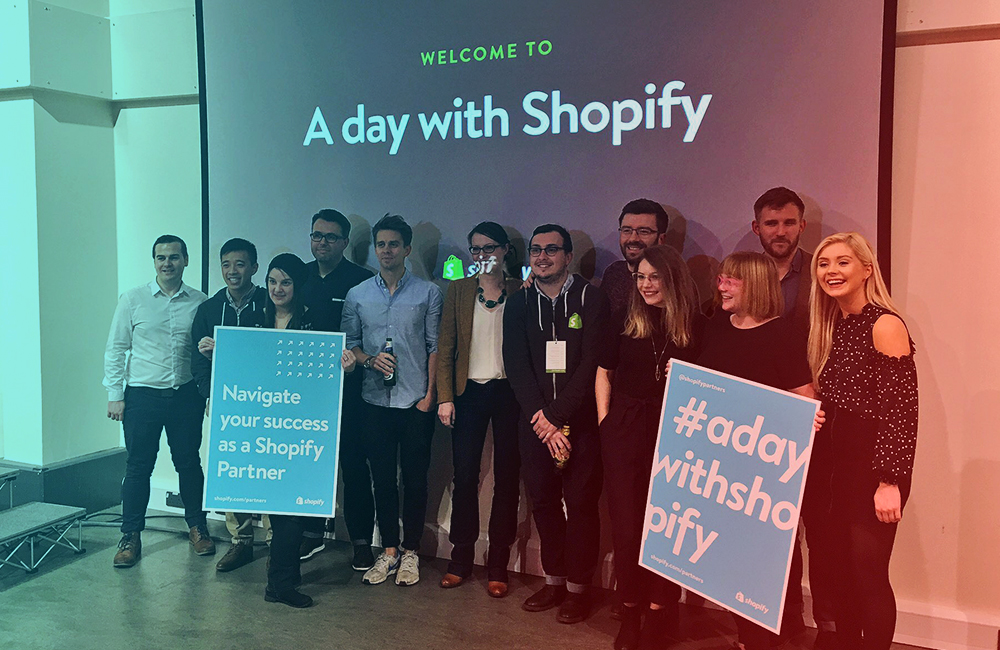 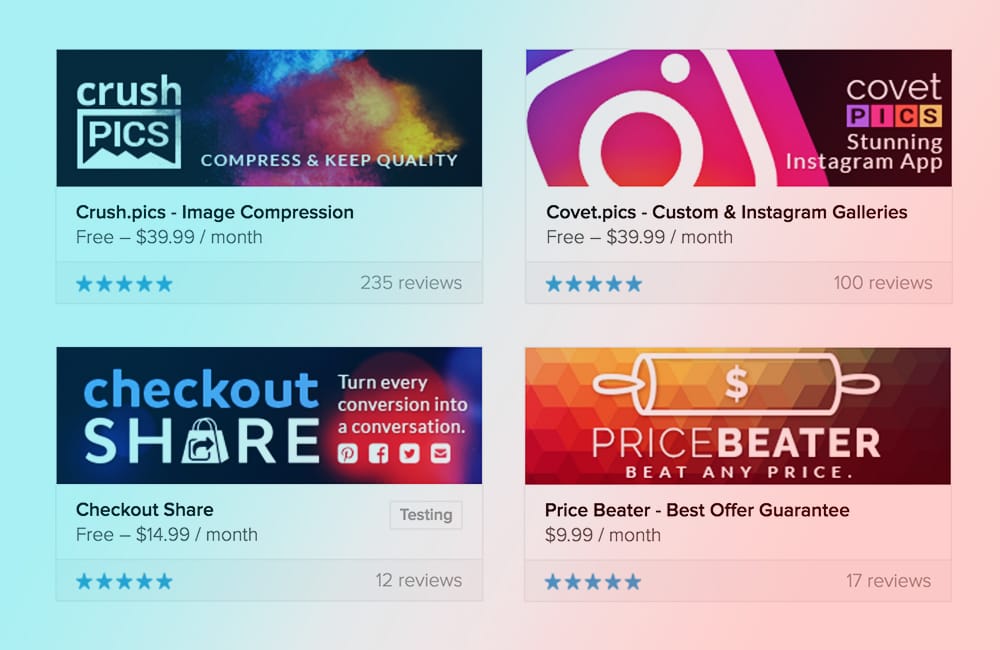 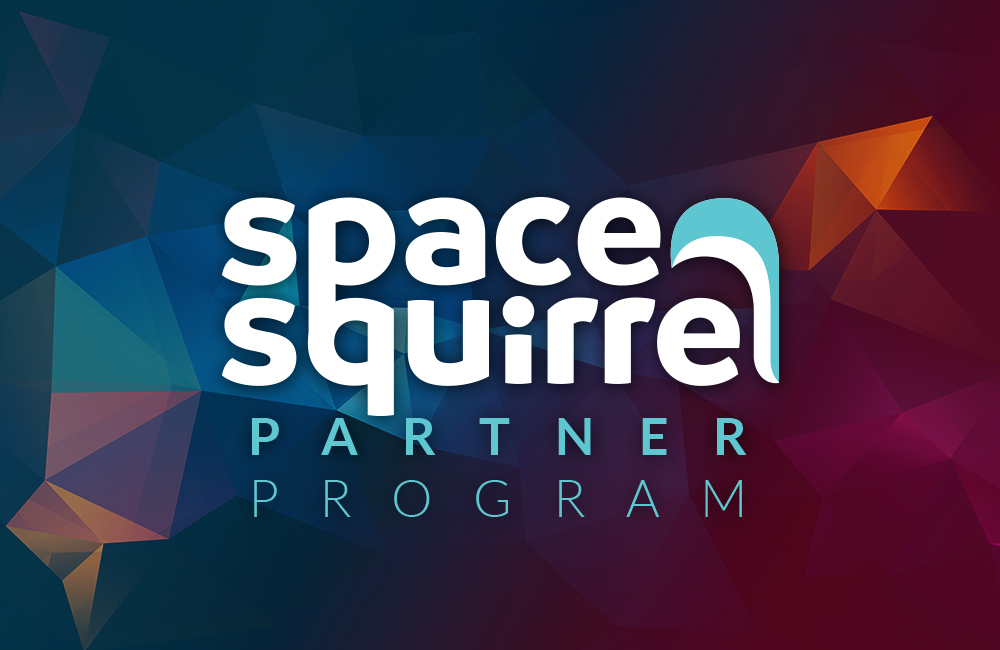